a gathering of excited people

I went to the debate & came out undecided. So, I’m at a rally to hear the president support his candidate. My hope is to hear something one way or another to make me less undecided.
There were two ways in, one for vip list, one for the public. There were folks there since 10am. They say that some UVa girls spent the night to be first. “What hole are you in?” one C’ville supporter said about us undecided voters. A man from Florida, when asked about his expressed support for Obama, said, “People don’t have any patience.” A man from Appomattox, VA said that for the president to get more done, he needs people to work with.
Inside the venue, people moved patiently. From what I saw, there were no protesters nearby. Indeed, one Charlottesville woman was heard to say that “we’re just like are one big happy family.”
The crowd was a real mixture of ethnicities, but those of African-American background were, perhaps, better represented.
The negative advertising that has inundated television was decried as awful, even by their own candidate.
At one point, volunteers tried to start a chant of “Yes, we can!” but they couldn’t. Can Obama make it happen for Perriello?
I took pix on the way in, I’ll put them in order later. 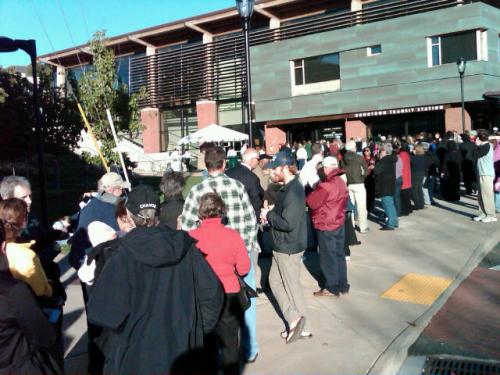 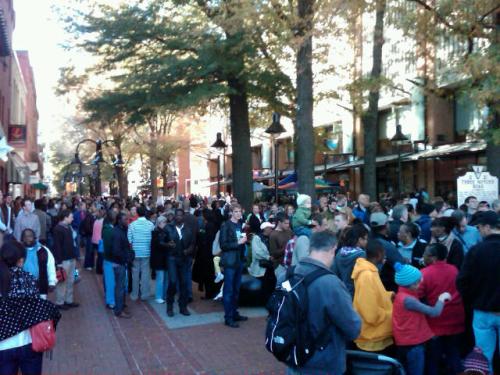 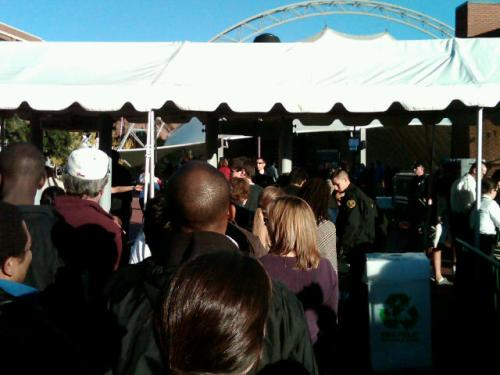 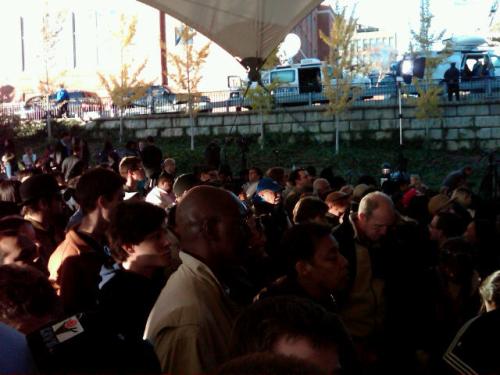